Last weekend my oldest son, who'd been home from college for summer vacation, moved into an apartment.

Since he's a junior this year, on the face of things it isn't much different from the last two times he moved out, cramming laundry baskets full of socks and t-shirts and boxes of textbooks in the back of his car. But this time, he also borrowed my van and loaded up his mattress. And headed not to the dorm, but a shared two-bedroom apartment, with a tiny closet of a kitchen and a living room with just enough space for a small futon sofa.

It's not really that different. But it is. I'm pretty sure it means he won't be living with us, full-time, ever again. That's a healthy thing. He's 20, spreading his wings, finding his adult life. That's all as it should be. I also realize he's close by, and I don't have to face the hardship other parents deal with, of him going to school several hours or even several states away.

While he's seeing the beginning, I'm also, just as much, seeing the ending. And I'm having emotional reactions that are not the norm for me. My good intentions (being proud of a young adult going out on his own) are colliding with my fears and losses (I'd had no idea how much a dependable and reassuring presence he's been to me).

Take that torn-up conflicted mess of my emotional insides and add a big pile of the usual back-to-school stress for the other boys, and.....well.  It's made me bossy. It's made me a scold. It's made me not unlike Kitty Forman from That 70s Show. I have been reminding myself of this episode a lot lately.


Yep. While for my oldest child life is moving on at a rapid and wonderful pace, I feel like I'm left behind with the metaphorical equivalent of a fucking car show in Kenosha. I wish I could be more graceful about it, but right now I'm just not.

His more-permanent departure has left the door open for other big changes, too.

Since birth, my twin sons Ben and Joe have shared a womb, a swaddling blanket, a crib, and always, always, a bedroom.

While at the subterranean level of the heart, their relationship is like this: 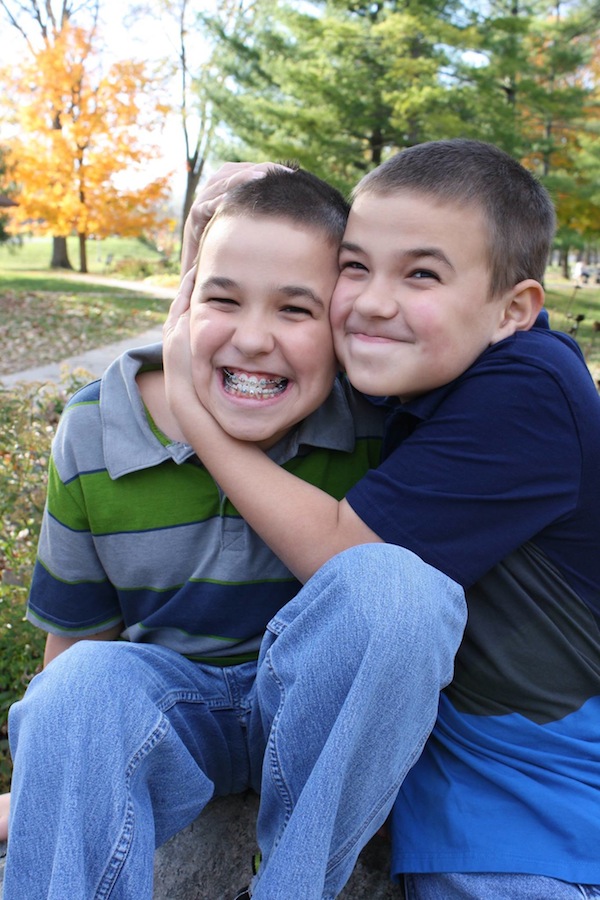 On the day-to-day level it's more often like this: 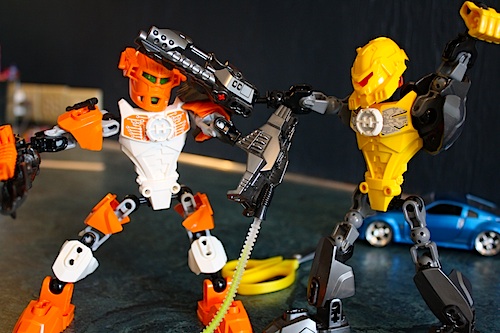 They're twins with vast differences in their personalities, and I'll admit there are times when the entire family would benefit from a break in the cycle of open conflict and armed detente in the twin identity/sibling rivalry wars. While that sounds pretty dysfunctional, I understand it's normal for same-sex twins.

Normal can be pretty exhausting for the bystanders, though. At 11 years old, the twins are starting middle school this year. They feel grown up. They want grown up things. They're each wanting the same thing their oldest brother wanted: a space to call his own.

Grant's bedroom up until this last weekend looked (when clean and uncluttered, which I'll admit wasn't often) like this: 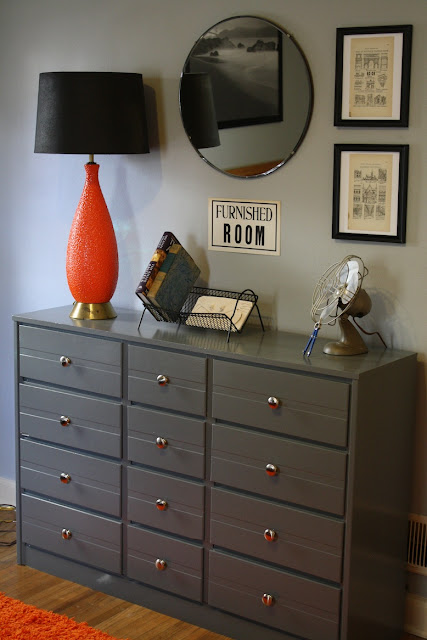 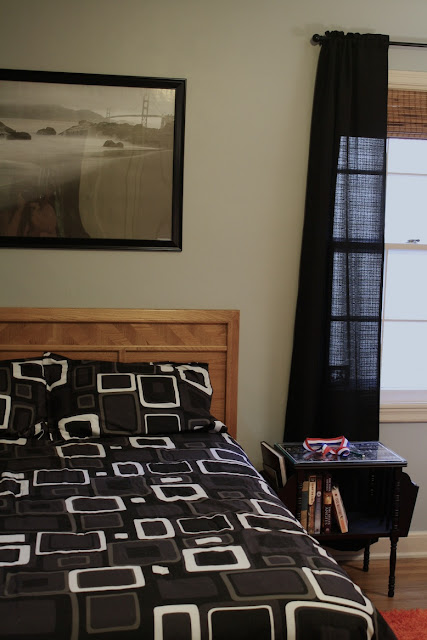 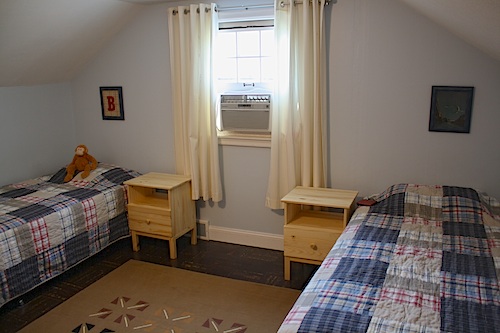 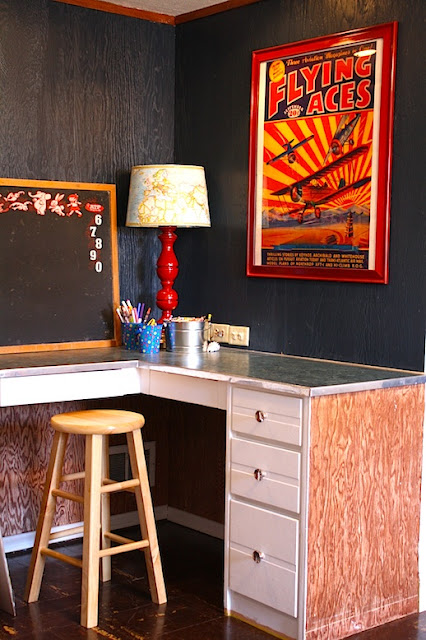 This weekend, we moved Ben's bed into his big brother's old room. We'll be working this fall to gradually morph the twins' old room into Joe's personal space, and Ben's new room into his very own.

Unlike television shows and some other blogs, this won't be a total renovation of both spaces in just a few weekends. Real-world budgets and schedules don't really allow for that. But we'll see how far we can get on use-what-you-have decorating.

We'll also see if I go all Kitty Forman on this change too. The rooms in my house are still all full, but so is my heart. In both cases, rearranging is a messy process.
Posted by Laura at 11:03 AM