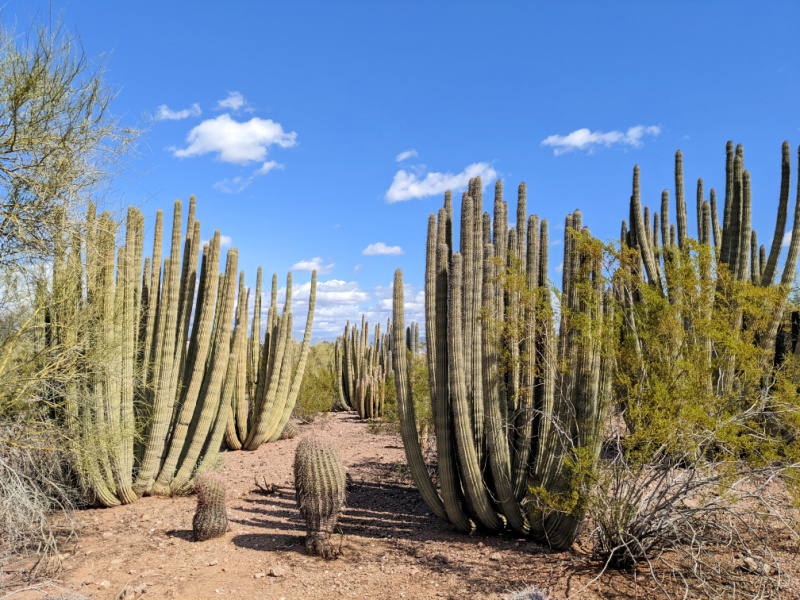 Sometimes, the only thing left is strong, sharp yank in another direction. Upend the norm, find the opposite, find thoughts so different from your own that it glues your feet to the ground while your brain tries to grow those first, shaky, tendrils of neurons around something....else. Not you, but you in a different place.

That was Arizona in March.

The trip started as something else entirely. It was a Christmas present to my Chicago Cubs fan husband; we planned to fly out for a fast weekend at a spring training game-- eat a few hot dogs, drink a few beers, sunburn our pasty Midwestern flesh, and run back home to routine and some more winter.

Major League Baseball had other plans. The players strike canceled the game. But instead of scrapping the trip altogether, we ended up stretching it out on either end, packing hiking shoes, renting a car, and heading out in multiple directions from our hotel room in Mesa.

When you spend much of your childhood and adult life in the Midwest, it's difficult to comprehend land that has value apart from the economy of agriculture. Row upon row upon row of corn and soybeans tends to brainwash your mind into thinking that if land can't grow anything you can sell, it isn't worth much. "You can't eat the view," an old farmer once told me, about wasting land on flowers and trees.

It's a little breathtaking, then, to have your fields of monoculture, your soil-factory sameness, stripped away just by taking a few hours and a plane ride into the desert, a place so different from the plains that it might as well be another planet-- agave and prickly pear instead of corn and soy, saguaro and cholla instead of trees.

I had needed that planetary travel sensation, that strong sharp yank away from everything I knew at home, knew with a tiresome and fretful familiarity lately. Too much time handcuffed to a laptop for a job that is taking too much out of me. Too much time in my corner of the sofa. Too much time walking from bedroom to kitchen to mailbox to kitchen again, looking at my own walls and floors. I needed something to interrupt the sameness of the days.

In Arizona the sky is sharp, and clear, and the sun will have its way with you. The first couple of days Tom and I both drank water to the point it seemed to take up all our time, even though the weather itself was not warm. We acclimated. We had drinks (not just the water kind) on warm patios. We didn't miss the baseball all that much.

I re-learned important stuff. I remembered that talking with my husband is one of my favorite things to do. I remembered that I get carsick and panicky on mountain highways. We discovered the passport stamp book for the U.S. National Park System, and I was in eight-year-old sticker book heaven, filling it up with all our visits to the state's parks and monuments.

I learned what a fresh flour tortilla tastes like, made by a woman who quietly rolled and cooked them, one at a time, outside the Mission at Tumacácori National Historical Park. I had never had one that had not come out of a plastic bag at a grocery store.

I learned that history has weight. At Casa Grande National Monument, there are the remains of a house made by Sonoran people in the 1200s, mysteriously constructed with openings to align with the solstice and the equinoxes. These people populated the Gila River Valley for milennia, and then abandoned their villages and farms for reasons archeologists do not know. There was heavy energy there, made up of grief, and a kind of long waiting. A raven circled high up above the whole. I learned later that O'Odham and Hopi tribes consider the builders of Casa Grande ancestors, and the site sacred. I believe them.

Things I have been doing:

Reconsidering what work setting is meaningful, healthy, and productive while reading this New York Times article.

Buying gladiolus bulbs, the much maligned "grandma flower" of the past. I love them BECAUSE they are a "grandma flower," and remind me of my own, who grew them in her garden. They're in bins near the front door of every hardware store everywhere right now, and each new variety has me buying just a few more.

Reading The Victory Garden Cookbook, an out of print collection of recipes based on the PBS television show. It's out of print, and I recently scored a replacement copy of one that got lost. It's a combination how-to-grow, how-to-cook book of vegetables, and it's been a real nostalgia trip for me to read and re-discover.