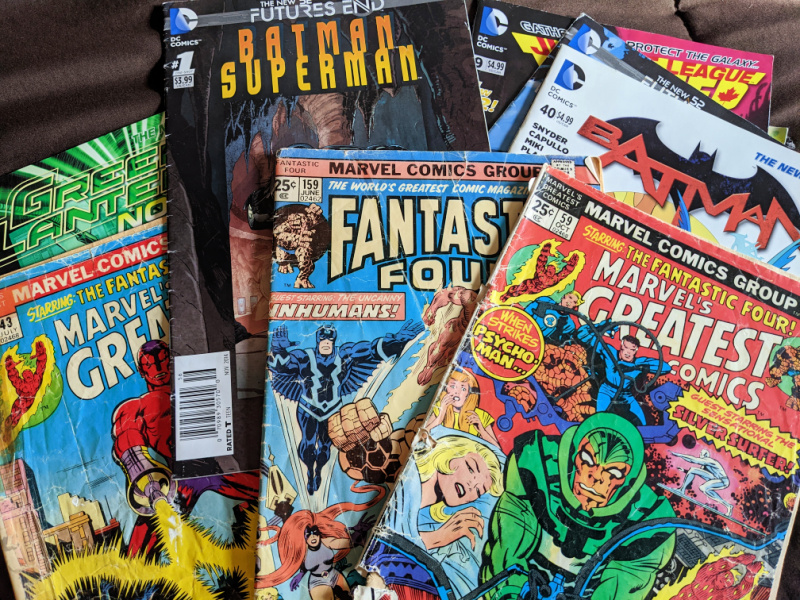 When my son Joe went off to college, I shut the door on his bedroom. Not just for a few days or weeks, but months. As teen boy bedrooms do, it needed some cleaning in there. Some decluttering. Maybe a bit of paint.

But I didn’t touch it. It would be easiest to say that work got busy, that I don’t like housework all that much, that I was respecting his space. Which are all true, but in ways that obscure another, more difficult truth– that really, I was hurt.

Joe was so eager to go to college and begin his adult independence that he spent the majority of his senior year and the summer after graduation firmly brushing off parental assistance and guidance. Not even brushing– at times he positively bristled with ferocity– that he alone would make the decisions, figure things out, do it his way. It was a long year of trying to stay out of his way when I could, and negotiating compromises when I could not.

By the time we pulled up to the curb in front of the dormitory in August, two hours from home, we were thoroughly irritated with each other. I managed a thin version of the cheerful enthusiasm expected of new college parents. It was mainly for show, for those volunteer students in school colors helping all the wandering freshmen move their stuff up flights of stairs. I trailed behind with an armload of blankets and frustration.

I explained to him, standing with the boxes stacked around us, that I wanted to help him NOT because I wanted to baby him, not because I thought he was incapable, but because this milestone was different for me than it was for him. It would be the only time that I brought him to college for the first time. When he next came home, he would be a different person. I wanted this last time to take care of my son. I wanted this time to say goodbye. Not just to the Joe he was right now, but to the mother I had been to him all this time.

He still said no to much help. I made his bed, popping new pillows out of plastic bagging. He sulked. I was angry and tried not to be. We walked across campus to get his student ID. Being out of the dorms helped, like it was part of our problem, or maybe just the stage for it. But lunch was over, his college program was beginning an afternoon of welcome to campus activities, and I needed to get back on the road.

This last week, finally, I opened the door to his room and began putting things in order. I opened the window and let in fresh air. I washed the bed-sheets, blankets, mattress pad, pillows. I sorted his clothes, finding plenty of outgrown jeans and shirts. Soon there were bags for donating lined up in the hallway. I discovered the curtains that had hung in his window since he was a grade-school boy were so sun-damaged, they were barely holding together. I carried them downstairs and stuffed them in the garbage can. For some reason, trashing them felt good.

I hesitated at his desk, not wanting to intrude on his privacy, but eventually deciding to at least dust and organize the jumble of electronics and gaming paraphernalia on the desktop, the stacks of books and other papers.

It was there that I found them. Yellowing and fragile comic books from my own childhood, mixed in with his own collection. I’d been a fan of the Fantastic Four, and there they were–Mr. Fantastic, The Invisible Woman, The Human Torch, and Thing. I showed my old comics to him once when he was in his tweens, hoping to make some kind of connection with him. At the time he seemed disinterested. I had understood– at twelve, it is hardly comprehensible that your mom could have ever been twelve once too. But, it seems, he kept them. It was good to see my old friends there, in among his own.

If you were an English literature college student in the 1980s, as I was, you didn’t get a diploma without a solid bit of Joseph Campbell and comparative mythology. For years, his book “The Hero with a Thousand Faces” held sway in collegiate lectures about fiction, folklore, and myth. Dr. Campbell told us that we humans, across time and cultures and distances, tell each other lots of stories. But in many ways, these stories are all the same. They’re all the same because we are all the same– we all want to be the hero of our own story.

Joe wants to be the hero of his own story. I’ve known this for a long time about him, when his autism made every day at school a struggle, not just with academics. He struggled to contain himself in a world completely engineered for the success of normies, and not at all for a little boy whose intelligence was like light shining through heavy branches–sparkling blindly at times, and then wind blowing, shifting in direction, shape, and intensity, sometimes shrouded completely. Or for a little boy whose expressions of frustration with a world who couldn’t understand him were often monstrous, heartbreaking, frightening to us and to him. Every day was like being presented with the same child, but under a new secret identity– new to us, and sometimes even to him.

As his mom, I saw him as his own superhero, Joe the Brave, who endured long years of struggling to succeed– and then succeeding– in an educational system that wasn’t designed for his brain or his behavior or his way of interacting with the world. Who never once said he hated school, or didn’t want to go. He was often far tougher as an autistic kid than I was as an autistic kid’s mom. And while that often meant that I felt like he was dragging me down the road as I struggled to keep my supposedly adult feet under me, it also meant knowing that if he could show up for himself, the least I could do was show up for him too, even if I wasn’t sure at times how best to help him.

In early grade school, Joe’s first favorite superhero was Batman, a superhero with no actual superpowers, a man with a tragic past who has to exist in the DC Universe as a flat-footed mortal, and make up for that lack using only his intelligence, his gadgetry, and his fighting skills. Later on, Joe’s favorite was Spiderman, who was an awkward, bullied, and outcast teenage Peter Parker before receiving the radioactive spider bite that superhumanized him. These days, he’s a fan of Venom, the symbiote anti-hero who may (eventually) use his alien superpowers for good, but only on his own terms. As Joe’s mom, I recognize pieces of his boyhood in his personal pantheon– feeling powerless, but making yourself strong anyway; being ridiculed without anyone knowing who you really are; having rebellious parts of you that you are not sure you actually want to control.

In the world of superheroes, everyone has an origin story. That fits with Campbell’s arc of the hero’s journey– they have to come from somewhere, before they go…out there. They have an ordinary, known world they have to shed and leave behind before they can become the kind of hero they need to be.

That is right where Joe is right now in his story. He’s crossing the threshold between his ordinary, known world, and answering the call to adventure. Heroes-to-be eventually realize that their origin story is not a complete one and that is why they go– they need to discover more about themselves and their real power.

What origin stories don’t always say, though, is how the people who live in the hero’s ordinary world feel about that call to adventure, that momentous departure. I thought about that a lot as I smoothed clean sheets and vacuumed floors in his empty room. This is the part of the story I can’t write; it belongs to him now. He will want, and need, other mentors that are not me. He will have trials and quests and triumphs that I can’t help him with, because he needs to know that he can do it on his own.

I’m proud of my part in this hero’s origin. I am in the process of learning to trust that he has the powers necessary to write the rest of his own legend. And I will patiently await the hero’s triumphant return. I know it’s gonna be a great story.