Burying the Lede (Or How I Started Dating Again)

In journalism, "burying the lede" is not putting the most important point of the news in the first sentence of a story.

So. Fine. I won't bury the lede. I'll just get it out there right in front: I started dating someone. I think he's awesome. He's a ginger with a handsome beard. We are still in the giddy stage. We are probably nauseating when we're together. Just ask our children.

I didn't (and don't, literally as I'm writing this) know how to tell the blog world.

Except for a handful of posts about parenting or family life, I haven't been really big on sharing personal stuff on the blog.

I'd like to say that's because I'm all noble and sensitive and other people's lives are involved and I have to respect their privacy and (insert the ethics of that whole ball of wax here). Sometimes that's very true, but in this case it's highly fragrant horse shit. Probably. I think I'm just a big chicken. I'd rather talk about garage door replacements than (gulp) feelings. Gross.

Feelings about a boy? Even grosser.


I hadn't dated for close to two and a half years. That was partly a conscious decision and partly easy-as-falling-off-a-log, because when you're a woman in your late forties and have a family to raise, the dating world doesn't exactly feel the tragic loss of you and come begging for you back.

If you're my age and the only free time you have is spent at the grocery store and in the school pick-up drive, one is not running into a ton of eligible dudes. Or any. If I had any additional free time, I didn't want an awkward coffee with a total stranger. I wanted a nap. Secondly, I knew myself well enough to realize my self-esteem, however sturdy, wasn't sturdy enough for the creepy and harsh evaluations that happen on dating websites.

Between not having anyone ask me out (see? Nobody's interested) and feeling just fine without anyone in my life (see? I don't need anybody), it seemed easy enough to just kick the idea of dating again on down the road. Indefinitely.

But being single and totally independent was beginning to be not so much a status as it was becoming an identity. An entrenched one. Maybe even a permanent one.

Why? I don't have a good answer. Maybe I felt like I had something to prove, that I was a Tough Girl, and could Handle My Life. That was the glossy magazine version. But maybe it was also part of keeping my hands so tightly on the steering wheel of my life that no new directions--meaning risky, uncontrollable, unforeseeable directions-- were possible. I'd decided this was how my life was going to be. It was predictable and safe. Deep down, I wasn't exactly sure how I felt about that.

Somewhere in the middle of all that emotional toughness/caution and October a guy named Tom asked me out. Without really thinking about it much one way or the other, I said yes.

I surprised myself more than I can really explain. Now, three months later, I am still dating the cute red-haired boy from homeroom class. 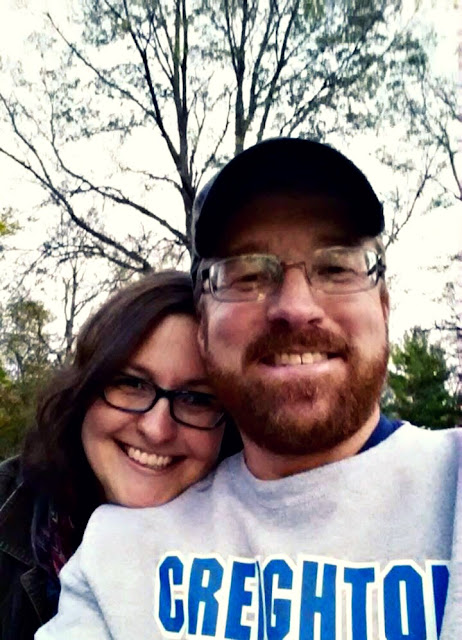 We've known each other a long time. Thirty-six years. Because our school assigned students to the same homeroom for the entirety of junior high, Tom and I spent time together every single day for three years beginning when we were twelve and thirteen years old.

It would make for a ridiculously adorable story if we held hands under the desks back then, or had a crush on each other, or something. But nope. We did not. We were homeroom classmates, friendly and good-natured ones. That was it.

In high school we had separate circles of friends and never had class together; we lost touch completely after graduation, only connecting again decades later on Facebook. Even then it remained platonic for many years, until now.

My memory of him from our youth is one of kindness, dependability, and personal integrity-- all the things that didn't seem to hold much interest when I was in high school and dating boys who were mainly about cigarettes, rusted-out Camaros, the Scorpions, and rebellion.

It was profoundly reassuring to rediscover those better traits in the grown man so many years later. Instead of a single awkward coffee with a total stranger, it has been one date after another where laughter and holding hands seem completely natural.

Just don't think for a minute this is a fairy tale, though. He's red-haired, and I'm Irish. We are passionate. About things like how much dishwasher soap is enough, apparently.


Perhaps the more realistic photo from that first selfie session is this one. I don't remember exactly what he'd just said, but it was equal parts funny.....and exasperating. I'm not sure whether I'm going to slug him in the arm but either way I have to stop laughing first, and he's obviously quite pleased with himself no matter what I decide. 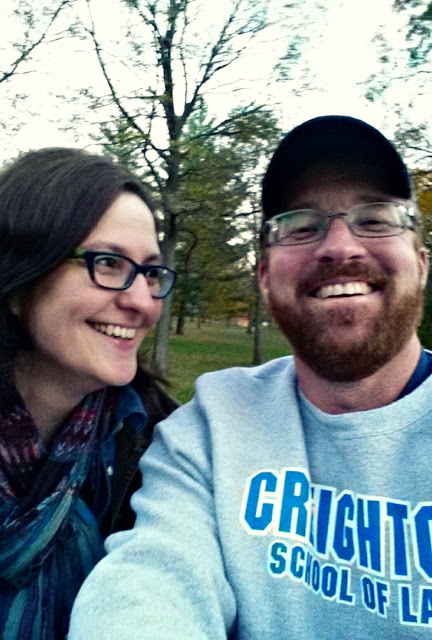 In that respect, maybe it isn't so much different than junior high. It just took us 36 years to notice each other. But in the end that part doesn't matter so much. It has been worth the wait.
Posted by Laura at 10:32 PM