Fear, Remorse, and Home Repair (is that all?)

I have not been a responsible homeowner.

There. I said it.

Now that I've confessed, let me go back a bit, and explain.

On the same day I was shooting and then posting this deceptively calm and composed photo: 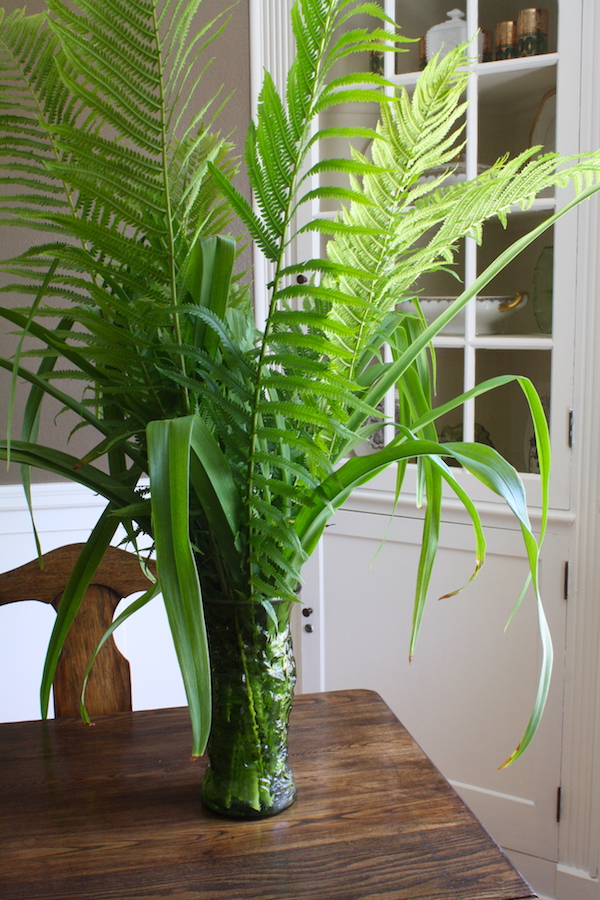 So much so that the dining room post published that day was an act of clinging to sanity more than anything else. I needed to focus (pun intended) on an accomplishment rather than the chaos going on literally under my feet. I could barely write a coherent sentence. I'm still a little at a loss for words.

It all started back in the summer of 2012, the year after I bought my house. My basement was a mildewed and funky 1970s dark paneling fright of a black hole. It looked like this: 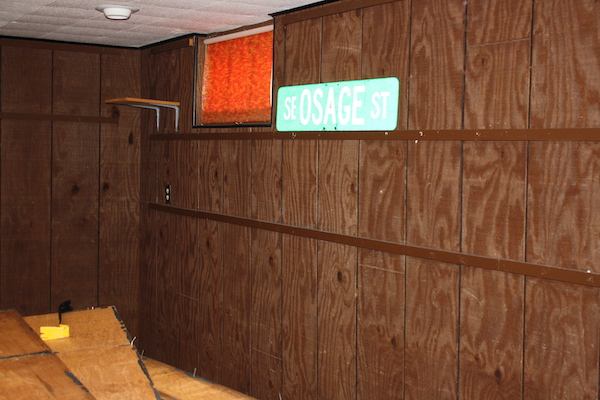 It smelled. It was ugly. It was......hard to know where to start. And I didn't know where I wanted to end up. My first act was to send samples of the ceiling tiles off to be tested for asbestos. The test came back negative, so we could start demolition safely. I think that was the last good decision I made about this space. 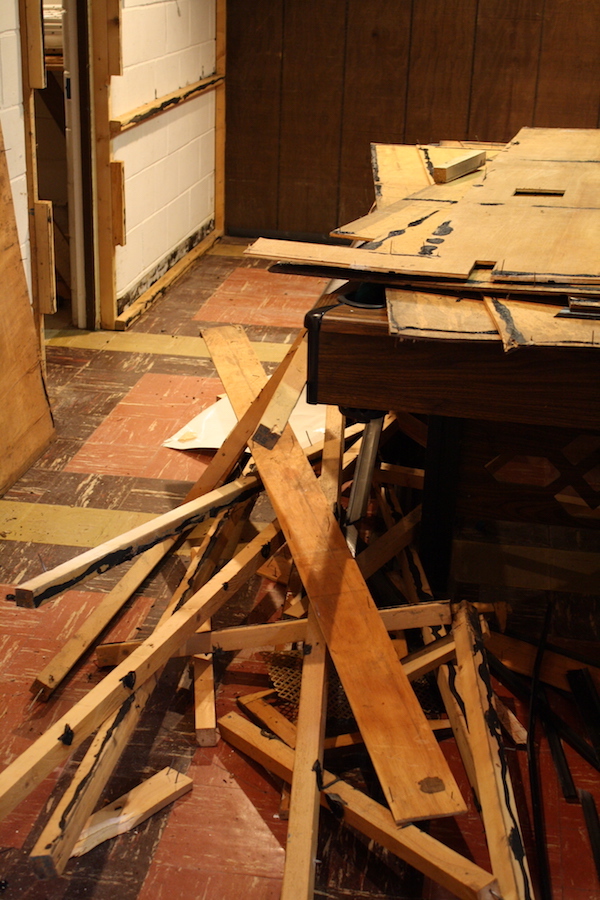 My son tugged and yanked and pried and swore at that paneling for a whole summer in his spare time between his paying jobs. I really appreciated the help. And then we discovered this: 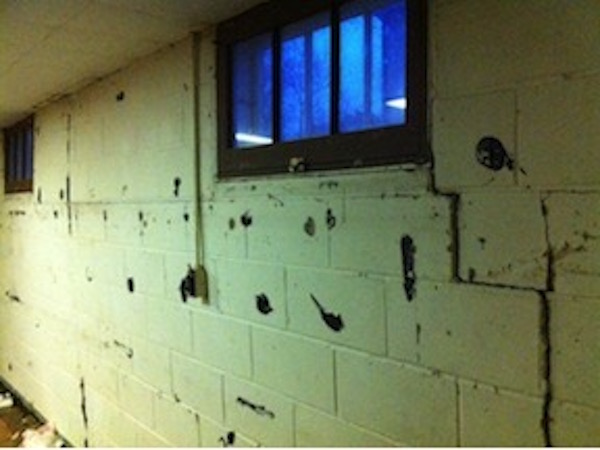 Not a good-quality photo, but you get the drift. A crack. A horizontal one running at ground level and right under the windows, with a rather significant stair-step gap almost down to the floor. It had all been hidden behind the paneling in the basement, wasn't noticeable to the eye from the outside, and wasn't obviously out-of-square in the upstairs living area of the house. The inspection at sale had entirely missed this rather significant flaw in the structural integrity of the house.

The consensus was that it had been there awhile, and had in fact, happened mostly all at once, when someone did a really shitty job pouring the driveway down the south side of my property in the 1980s. It butted right up against the foundation, and the initial pressure, followed by the settling and shifting of the concrete over the years, caused the damage.

It wasn't progressing, but the very sight of it overwhelmed me to the point of not progressing, either. Typical of my over-thinking nature I researched the problem a lot, assembled a list of contractors and then.... couldn't move forward. And every few months a more immediately urgent problem and financial issue would come up, like a water heater splitting open, and it would move to the back of my mind again.

This was the house ownership version of being so afraid of a lump under the skin that you don't go to the doctor to get it investigated. It never goes away. Neither does the worry. It had been nagging me forever. But still I was afraid of finding out the answers.

As it turned out, the research I did over the last four years (Seriously. Somebody slap me.) made initiating the repairs easy.

However, making the first phone calls was the only easy part. There was a reason I was afraid to face this, and the collecting of bids, horrific expense, weeks-long lending rodeo with my bank, and scheduling issues meant I was right, even if I was stupid. If that makes any sense. It was almost exactly as bad as I'd feared.

Except that it was fixable. And now it's fixed. The contractor reinforced the wall with steel beams so the crack can no longer progress, and the system includes a way to tighten the braces twice a year, so that the wall comes back towards true gradually over time (though it won't ever be 100% again). 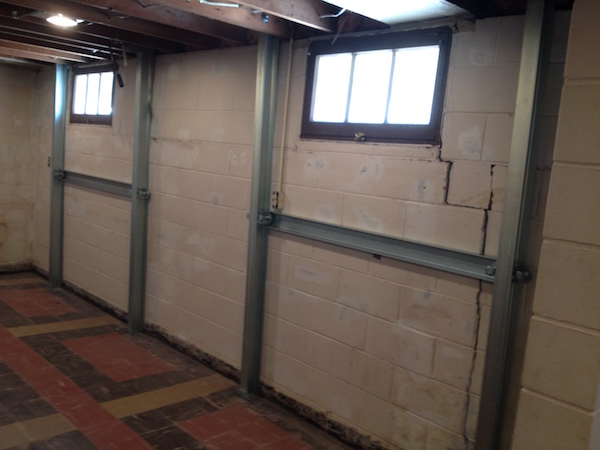 I don't really have any excuse for how I handled this whole thing, except that I was feeling overwhelmed. I've been overwhelmed since I bought this place, and how badly I don't think I realized until recently. And though the check I wrote was huge, so is my relief.

My advice? Don't be me, an anxiety-ridden home-owning deer in the headlights. Secondly, old home ownership is not for sissies. I didn't think I was one, but this pretty well beat the snot out of me.

It has given me perspective, though. I don't think I'll complain about painting woodwork trim. Not for at least a little while.
Posted by Laura at 4:57 PM